The first A.S.P.C.A “Good Hands” class in 1929 had 11 young ladies under the age of 15 competing at the National Horse Show. Susanne Straussburger was the winner.

Our beloved Audrey H. Chesney, who has lived in south Florida for over 70 years, has served as President of SFHJA in the ’70’s and ‘80’s and remains an active and very influential member to this day.

*The first New York National Horse Show was held in 1883. It became an international event when it’s then president, Alfred G. Vanderbilt, invited British army officers to jump against a U.S. Army team in 1909.

The Ahu Memorial Trophy was donated by Sandra Schultz, a member since 1960 and SFHJA President in 1970 and 1974. The trophy was in memory of her first pony, Ahu, who perished in a fire at Rockridge Farm in Marietta, Georgia. Sandy is a biology professor at Miami Dade College.

Our Logo: Sometime in the 90’s there was a contest to design a logo for SFHJA. Many different designs were sent in. The Saddle & Hunt Hat line drawing was chosen for it’s clear statement and design. The winning artist was, local trainer, Jane Fennessy.

A bit of trivia: C. Oliver Wellington, an accountant from Boston, who wintered in Fl., acquired large tracts of land in the early 1950’s. Using his initials, C.O.W. and his favorite method of commuting, he named his property the Flying Cow Ranch. He installed a grass landing strip and drained and cultivated the rest. The Flying Cow is what we now know as Wellington. 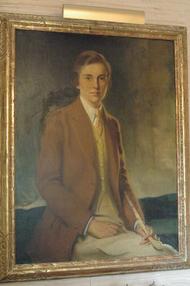 The first Maclay class, called the Horsemanship Cup was introduced in 1933. Audrey Hasler - Chesney won the very first Maclay Championship in ‘33. Back then, the Maclay class, sponsored by Rolex, had a dozen riders who circled twice a simple four-jump course at the old Madison Square Garden. 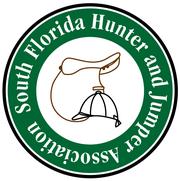